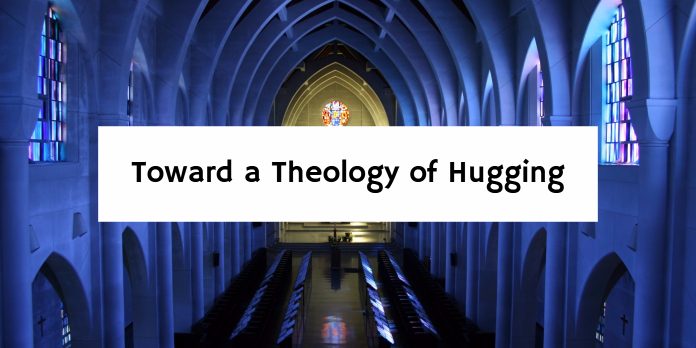 The August 21 issue of the Christian Century has an interesting news item on hugging in church. It briefly chronicles the increase of hugging as a form of greeting other worshipers, and then concludes that, given the appropriate ground rules, hugging can be a healthy practice for congregations.

Much of the brief discussion, though, has to do with the practical benefits, along with some of the possible problems, associated with church-hugging. Little is offered by way of theological reflection on hugging. One person quoted does make a stab at it. She points to the example of Jesus, who “touched in every single way imaginable.” That strikes me as an overstatement. But even in a more modest version I doubt that an imitation-of-Christ approach to hugging will get us very far.

I have actually given some thought about church-hugging, drawing upon  my Kuyperian theological perspective. My reflections were originally stimulated by an experience at a church in the 1970s. With our Grand Rapids neighbors, George and Lucie Marsden, Phyllis and I decided one weekend to check out a service at a local charismatic congregation. As our two families entered the sanctuary a person standing at the door greeted each person with “Good morning. Welcome. May I give you a hug?” I was at the rear of our party, and when I observed this I whispered to my wife, “Save me a seat,” and  I turned around and waited in the parking lot until the service started.

As our group reviewed the worship experience afterward, the question came up why I had come in late. My answer: “I did not want to hug anyone.” My loved ones and neighbors accused me of being too “uptight” (a ’70s word!), and nothing that I could come up with changed their assessment of my sensitivities.

I kept thinking about the topic all that day. It was also on my mind  the next morning as I was preparing a guest lecture for a class in social ethics at Calvin Theological Seminary. My topic for the day was Abraham Kuyper’s theology of “sphere sovereignty.” Kuyper held that God built a variety of social spheres into the very creation order: family life, artistic activity, political governance, scientific investigation, economic activity, and so on. It is crucial, he insisted, that we recognize the diversity of these spheres and keep the boundaries between them clear. Families have a different created functions than businesses. States are different than churches.

In thinking about my hugging experience at the same time as I was preparing the lecture on sphere sovereignty, I realized the connection between the two. Hugging is a familial activity, not an ecclesiastical one. Families are not churches. In my lecture I put it graphically: “We should not hug in church and we should not preach in the bed!” I was satisfied that I had discovered a solid Reformed rationale for my opposition to ecclesiastical hugging.

Recently, though, I have been re-thinking my views about hugging. For one thing, I have become a public hugger of sorts, and I sense an obligation to bring my theology in line with my practice. But the issue goes deeper. In a lecture on Kuyper that I gave a few months ago at Princeton Seminary, I talked about the ways in which the church might actually have to take on some familial functions in our present situation. Kuyper was presupposing a society in the 19th century Netherlands where  family units were fairly stable. Today families are in trouble. Some children regularly move back and forth between different family configurations. Many men and women function as single parents. “Dysfunctional” has become a common adjective applied to family life.

The kind of acceptance, closeness and nurture that we have long associated with the family is missing in many lives today. In Kuyperian terms with can think of this as a case of “sphere shrinkage.” A God-ordained area for a certain kind of human interaction has lost some of its crucial attributes. When that happens, it is necessary–as a remedial move–for another sphere to take over the function that has been lost or reduced.

One churchgoer described in the Christian Century article talked about needing to come to church because the person had not been hugged all week. I’m glad that a person like that can get hugged in church. And I think Kuyper would agree with me. But I am confident that we would both stick with our conviction that it is wrong to preach in bed! 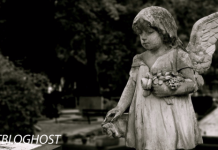 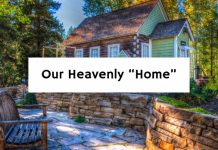 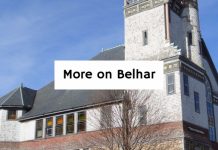 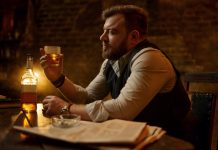