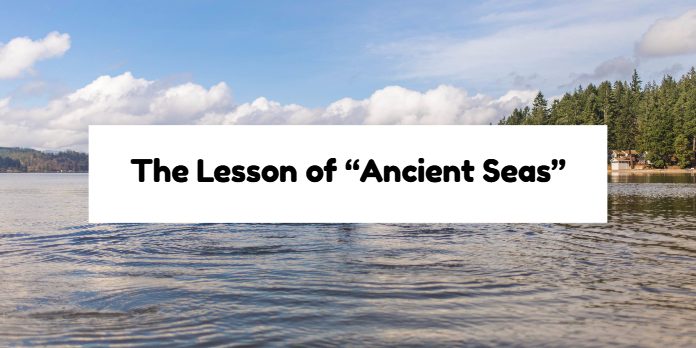 I was 15 years old when I stopped believing in a “young earth.” And it happened, of all places, at a fundamentalist Bible camp. I worked there on the kitchen staff, and one of my fellow workers, a college student, was reading Bernard Ramm’s A Christian View of Science and the Scripture, which had only recently been published. When one of the speakers at the camp denounced Ramm’s book as heretical, my friend secretly showed me his copy—in that context it might as well have been an issue of Playboy! I got him to lend me the book and I read it, and the two of us discussed it at length. We were co-conspirators in a private act of theological rebellion.

Ramm opened up a whole new way for me of thinking about Christianity and science. While he made a fairly sharp distinction between “theistic evolution” and “progressive creationism,” the reasons for the distinction were lost on me. Either label was fine with me–and that is still the case. What I got from Ramm is that the important thing is to believe that this world did not come about by chance, but was brought into being by the creative activity of the sovereign God of the Scriptures. Ever since then I have had no interest in quibbling about how long God took in getting things in the shape he intended for his creation.

It hasn’t always been easy to endorse this perspective in evangelical circles. I’ve even had some Fuller students get a bit upset with me when I have articulated my “take” on creation. And I admit that it is easy to be put on the defensive by folks who insist on a “literal” reading of Genesis 1. They present themselves as the ones who are really taking the biblical message seriously. I don’t like simply telling them that “we shouldn’t take Genesis 1 literally.” I want the alternative that I am proposing to be both theologically and spiritually engaging.

On the theological side I have been most helped by an interpretation—I first came across it in Ron Youngblood’s little commentary on the first eleven chapters of Genesis, published by Gospel Light—that the narrative of the succession of creation days in Genesis 1 is addressing the issue of idolatry. The kinds of things that were worshiped in the ancient world—sun, moon, animals—are seen here as mere creatures, called into being by the only true God.

The spiritual issue is a little more challenging. How do you get believers to get excited spiritually about the fact that the earth is millions of years old, and that human beings have evolved from lower forms of life?

On this challenge, I was immensely pleased to come across a wonderful paragraph in a scholarly essay, published in the early 1990s in Christian Scholars Review, by Ernan McMullen, who taught in the Notre Dame philosophy department for several decades. Father McMullen affirms that over a period of millions of years, there have been “uncountable species that flourished and vanished [and] have left a trace of themselves in us.” The Bible, he says, sees God as preparing the world for “the coming of Christ back through Abraham to Adam”; but is it too much of a stretch, he asks, “to suggest that natural science now allows us to extend the story indefinitely further back?” And then this wonderful passage: “When Christ took on human nature, the DNA that made him the son of Mary may have linked him to a more ancient heritage stretching far beyond Adam to the shallows of unimaginably ancient seas. And so, in the Incarnation, it would not have been just human nature that was joined to the Divine, but in a less direct but no less real sense all those myriad organisms that had unknowingly over the eons shaped the way for the coming of the human.”

I find that to be an inspiring theme to add to our understanding of the Incarnation. That long process, beginning in “the shallows of unimaginably ancient seas,” was not wasted time. It was preparation for the One who would come with healing in his wings, a healing that will only be complete when the Savior returns and announces, “Behold, I make all things new.” And what he will renew in that act of cosmic transformation is all the stuff that he had carried–in his own DNA!– to the Cross of Calvary.