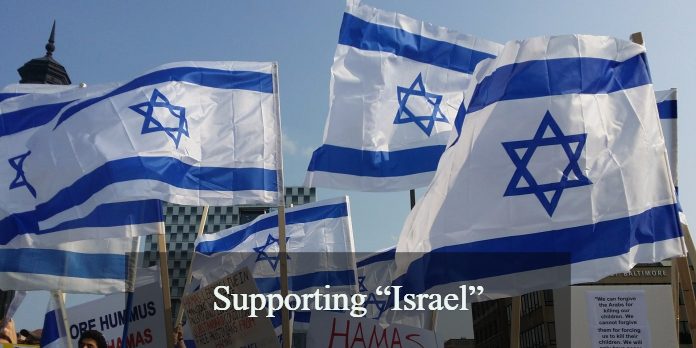 A letter to President Bush made public last week, signed by a group of evangelicals, myself included, is getting some attention. The letter encourages our government to work for a two-state solution in Israel.

I am receiving some positive feedback, but also a few angry denunciations. The Palestinian-Israeli situation is notoriously complex, and it is especially difficult for evangelicals to address calmly because of the prominent strand of “Bible prophecy” thinking in our midst. John Hagee is causing some of the fuss these days on that score. For him, the borders of Israel promised in the Old Testament are inviolable, and we need to support Israel’s right to all of that territory without compromise. He sees no place for any criticism of the Israeli government’s treatment of Palestinians.

Several years ago, the Ethics and Public Policy Center in Washington brought together about 30 evangelicals for a closed-door session on these matters. Several of us who signed last week’s letter were there, along with a number of the more vocal defenders of the policies of recent Israeli governments. We did not make much headway, but for me the discussion revealed a key theological issue that needs to be addressed: the question of our theological understanding of Palestinian Christians.

This is a big subject, so I can only briefly outline my own take on it here. I do not support a “replacement” theology regarding the theological identity of “Israel”–I did earlier in my career, but I have changed my view in recent years. God’s original covenant was with the ethnic people, Israel, and that covenant has not been cancelled. We Gentile Christians are not a “new Israel” in a replacement sense. Rather we have been grafted onto Israel. In these latter days, the Lord now says also to Gentile Christians, “but you are a chosen race, a royal priesthood, a holy nation, God’s own people” (I Peter 2:9).

On this view, then, Palestinian Christians are a part of Israel,
theologically speaking. To support the cause of Israel in the Middle East is to understand “Israel” to be a broader entity than the nation that presently goes by that name.

When we posed these issues in Washington, our evangelical friends who give strong political support to the Israeli government had no good theological answer to our question: How do you understand, theologically, the Palestinian Christians, and what are God’s promises to them? The irony is, of course, that on a practical level, many of these same defenders of Israeli policies are also outspoken defenders of religious freedom–and rightly so. If the Egyptian government persecutes Christians they are quick to protest. But we hear nothing from them about the plight of the Palestinian Christians at the hands of the Israeli government.

This silence has much to do with a tendency to depict the tensions in the Middle East as Jews versus Muslims. What gets lost in this depiction is the plight of Arab Christians, who get shot at from both sides.

I have said this privately to my Jewish friends on many occasions: on the big issues of Israel versus the Muslim-dominated nations, I am a supporter of Israel. But the Palestinian Christian poses for me very special theological and spiritual questions. Those questions ought to be high on the theological agenda of evangelicalism. Unfortunately, they get no serious attention in the circles where people claim to be basing their views on “God’s plan for Israel.”