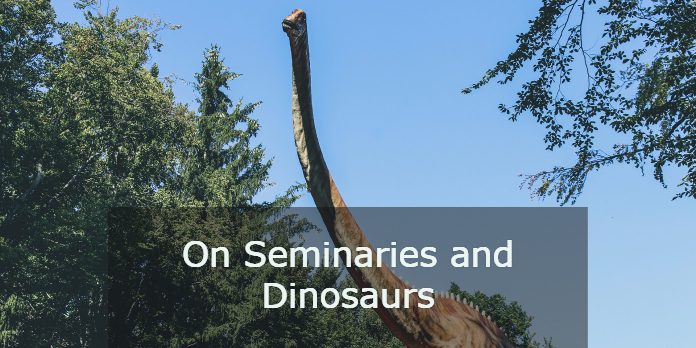 I watched the “Jurassic Park” movies. At least two of them—I’m pretty sure I did not see the third, and I probably won’t  go back to catch up.  If I weren’t a grandfather I would not have gotten into it at all.

In retrospect, though, I can see that what I originally endured simply out of a sense of intergenerational duty has helped me to think more clearly about the future of theological education. Let me explain.

In a conversation I partcipated in a while back, focusing on the relationship of theological schools to local churches, one young “emerging church” pastor offered the firmly expressed opinion that  “seminaries are quickly becoming dinosaurs.” What he clearly meant to say by this is that seminaries are becoming increasingly  irrelevant to the ministies of the churches, to the point that we will soon be extinct.

That really  does not fit what I learned from the  “Jurassic Park” films.  The dinosaurs did not increasingly become “irrelevant.” They did not start off strong and then gradually become weaker, until they finally just all died off. They were fearsome creatures until very end. Only a major cataclysm could kill them off. And if any of them happened to survive on some remote island somewhere, they are still strong and scary creatures—that’s the Jurassic Park message.

Ironically, then, Fuller Seminary is something like a dinosaur. Not that we are scary, but we are strong. We are not gradually weakening. If we are going to be done in, it will have to be because some cataclysmic outside force decides to target us.

That raises the question, of course, of what makes theological education strong. If seminaries were to weaken “internally,” to the point of approaching extinction, what would be causing that weakening? I think the answer is obvious: we would be cutting ourselves off from our vital connection to the church of Jesus Christ.

Alan Wolfe, the Boston College sociologist, once remarked to me that what he sees as Fuller’s unique character—and he said this as one who has spent time on our campus, but as a visitor from “outside” the Christian faith—is that we maintain both strong scholarship and at the same time have a lifeline to what he called “grassroots evangelicalism.” He went on to say that one of these is eventually going to have to give. We will either move in an exclusively scholarly direction, disconnected from the front lines, or we will dumb it all down in our efforts to stay in touch with the grass roots.

Either one of those moves would be a disaster. We would deserve to become extinct at that point. If there were a Jurassic Park for surviving seminaries in that scenario, no one would want to make a movie about it. 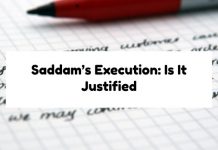 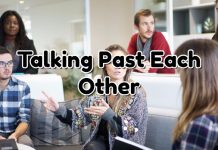 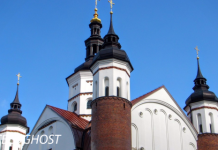