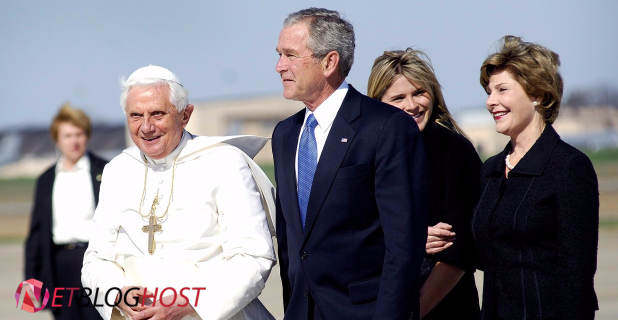 Pope Benedict is getting ready to visit England. He will officiate at a beatification ceremony—the step that precedes the elevation of the beatified person to sainthood status. This pope has regularly avoided participating in these ceremonies.  In this case, though, the candidate for sainthood is John Henry Newman, the well-known nineteenth-century theologian and churchman who famously left the Anglican communion—after contributing much of lasting import to Anglican thought—to become a Catholic, and eventually a cardinal of the Roman Church.

It isn’t difficult to think of a plausible political motive for this pope’s willingness to be a visible presence, on British turf, at a ceremony celebrating Newman. It wasn’t too long ago that Benedict invited conservative Anglican clergy who are disturbed at the trends in their communion to do the very thing that Newman did—to become Catholic priests. He even set forth conditions for doing so that are easier than the steps Newman had to take.

That is clearly a factor in his decision to visit the British Isles. But there is also the fact that this pope, as a significant theologian in his own right, has long expressed a genuine appreciation for Newman’s thought.

I am pleased that Pope Benedict likes Newman. I hope that other Catholics come to share his enthusiasm. Indeed, this might be a good occasion for Evangelicals and Catholics to use the attention now being given to Newman as a springboard for discussing some important issues.

Catholicism and Evangelicalism presently constitute the growing edge of Christianity in the world. And much of our growth these days has to do with our ability to generate grassroots enthusiasm for the faith. We Evangelicals certainly spend a lot of time thinking about how our teachings and practices can connect with people whose lives are shaped by popular culture. Indeed, in many Evangelical quarters the ability to attract large numbers to worship services that very ordinary folks see as “relevant” is taken to be a key test of successful ministry. And this is not without at least some theological warrant. With our doctrine of “the perspicuity of Scripture,” we emphasize the need for lay folks to be able to accept and appropriate biblical teachings in their everyday lives.

On the face of it, Catholicism has a very different tone. The strong emphasis on an official magisterial office means that the church “teaches” lay members what they should believe and do, and often in a way that seems to run counter to the felt needs and interests of the laity. The church’s stance on birth control is one case in point. The church teaches it, but it is widely ignored by church members.

The fact is, however, that the notion that the laity’s perspective should be taken into account in determining the adequacy of a theological or ethical teaching is certainly not foreign to Catholic thought. To be sure, official Catholicism has often assigned a rather passive role to the laity in this regard. But Cardinal Newman insisted on a very different approach.

Newman wrote of the importance for church leaders to take seriously “a sort of instinct, or phronema [a practical wisdom], deep in the bosom of the mystical body of Christ.” Some scholars have pointed out that before the nineteenth century the preferred term in Catholic circles was consensus fidelium—which meant that church officials were to take “the consent of the faithful” into account in formulating teachings.  This meant that church leaders ought to insist on lay people consenting to what is taught—which could be seen as a rather passive role. The church teaches and the people are expected to consent.

Newman, however, insisted on the sensus fidelium. And for him the importance of taking the “sense” of ordinary believers into account was something that had to be factored in during the very process of doctrinal formulation.  The teachers of the church had to credit the laity with an active discerning of the truth about doctrinal and ethical matters.  An important test of the acceptability of a doctrine, on this view, is that it be considered to be acceptable by ordinary believers. This is what is meant when some Catholic theologians today talk about the importance of doctrinal “reception.”

Needless to say, Newman was not one to insist that the church “give people what they want” in theology and ethics. But neither was he willing to see the church’s teaching office carry on its work without active dialogue with people who live out the faith in “ordinary” circumstances.

My guess is that if Catholicism today were to take Newman more seriously on this point, we would get a richer sense of the “relevance” of the faith for contemporary discipleship than we often find in our Evangelical discussions of “contextualization” and “seeker sensitive” approaches to our worshiping life. At the same time, our Evangelical savvy in taking seriously where ordinary people “are at” can contribute something to a Catholicism that often has a difficult time overcoming its “pontificating” and “hierarchical” approaches to proclaiming the truth. Talking seriously, as theologians and church leaders, with the laity about the issues that are important to their lives of faith, is essential to the pursuit of faithfulness.

I’m not enamored with the idea of declaring certain individuals to be official “saints.”  But in my own Protestant way, I have already “beatified” John Henry Newman in my thoughts about seeking the truth!