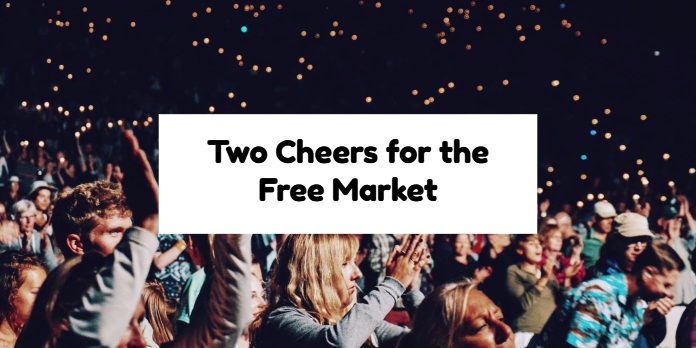 Shortly after coming home from one of our trips to mainland China, I read a report by an ecumenical group about economic issues.  It featured a rather unnuanced condemnation of “the global market.” It struck me that the Christians I had just been with in China would have found that critique ludicrous. The market system had been working wonders in their country, and the results had been quite visible to us. Only a few years before much of what we saw in China had been drab and depressing. Now, however, things were vibrant and colorful. More importantly, economic freedom was bringing with it  more religious freedom, and even signs of new political liberties.

Not that things are perfect in China. With the free market has come new manifestations of human sin, both individual and collective. But it is difficult to deny—when looking at conditions in China up close—that capitalism has brought many blessings to the Chinese people.

It made me wonder what was going on in the minds of the theologians and church leaders who  had issued the document that I read. These are the kinds of folks who often accuse those of us in the evangelical world of lusting after simplistic perspectives on complex issues in the human condition. Yet what they said about economics was sheer naitvete.

Nor am I judging that kind of perspective on the basis of one document—the naivete shows up often. A few years ago at a gathering of theological educators, for example, a scholar from a well-known liberal seminary provided us with a rant on the evils of capitalism.  He concluded with this prophetic word: “We need to break the grip that the global market has on theological education.” He was asked how he thought theological schools like his would support themselves if they refused to profit from the market system. The answer, he said, was to find alternative sources of funding. Again, a question was posed: And where would we find those sources of funding? His answer—I kid you not!—was that we should form partnerships with organizations like Amnesty International.

In 1978 Irving Kristol published a fascinating book, Two Cheers for Capitalism. In that book, Kristol—who died recently—made the case that “bourgeois capitalism” has two important things going for it. One is that it succeeds in making life better, in material terms, for many people. The other is that it fosters a significant degree of personal liberty. Those are precisely what we are seeing in China as a result of the introduction of capitalism.

Kristol was not, however, uncritical of the market system. He also saw it imposing a signficant “psychic burden” on people. There are fundamental human needs that cannot be met by a consumerist culture—and because we tend to look for material remedies for our spiritual  ills,  we experience a “spiritual malaise” that can easily undo us.

Kristol later argued that it was precisely the recognition  that capitalism fails to deserve a third cheer that is a mark of the “neo-conservative” perspective of which he was seen as a major proponent. I’m not ready to line up with the “neo-cons” on all of their points, but on this matter I believe Kristol had it right. The problem is not with the market system as such. Indeed, there is much to cheer about as we think about what it contributes to human life.

I have been told by Chinese academics that one of the books being read by scholars in China these days is Max Weber’s classic, The Protestant Ethic and the Spirit of Capitalism. I am glad that Weber is being read in China. In that pioneering work, Weber argued that capitalism functions best when it is undergirded by such qualities as honesty, thrift, a commitment to hard work, a sense of calling, a charitable spirit, a commitment to the common good, and the like. Whether all of that is uniquely “Protestant” has been much debated. But that it comprises a necessary moral-cultural infrastructure for sustaining a healthy free market seems to me undebatable.

The global market must not be viewed in messianic terms. It functions properly when it draws on virtues and worldviews that it  cannot generate on its own. It fails us when we look to it to solve all of our needs. We need to resist its lure when it makes promises beyond its capacity to fulfill. Then it does become a false gospel.  And it also fails us when it withholds its benefits from those who are genuinely needy. What we Christians need to be thinking much  about these days is how the free market system can be undergirded by the promises and hopes—including the yearning for justice— that can only be met by the true Gospel.