I get asked often about my views concerning same-sex marriage as a matter of public policy. The question is an important one, but for me it falls into territory that I find difficult to navigate. I have strong views about what to allow—and what not to allow—on this subject within the Christian community. But that does not automatically translate into clear answers about what ought to be legally sanctioned in a larger pluralistic culture. Not everything that we Christians believe to be out of bounds, given our biblical convictions, ought to be declared illegal in a democracy. So on this subject I keep struggling to make my case against same-sex marriage in a way that makes sense in terms of a broader discussion of the common good.

The question is especially complicated for those of us who are inclined to concede the case for supporting “civil unions.” In a pluralistic society there are many “living together” patterns that I do not approve of on moral and theological grounds, but I nonetheless think should be legally permissible in the larger culture. We are presently living—to use a fine phrase that I learned from John Howard Yoder—“in the time of God’s patience,” which means that we must also cultivate that kind of patience as we await the Return of Christ.

So, once I have made the concession to civil unions, why not also grant a legal status for same-sex marriage? I am not ready simply to give up on restrictions on what is called a “marriage,” for at least two reasons. One is that much is at stake in legislation about marriage. Some Christians have been arguing recently that we should simply distinguish between marriage as a legal arrangement and marriage as a ceremonially based religious union. I find that unsatisfactory, precisely because it encourages religious folks to abdicate responsibility for legal regulations regarding marriage in the larger culture.

Lisa Miller made the case nicely a while back in Newsweek, in responding to Tony Jones’s proposal that we separate the church’s marriage certificate from a legal marriage license: let the state do what it wants about marriage as a legal contract; we Christians will limit ourselves to what we sanction on religious grounds within our own communities. That proposed solution, Lisa Miller argued,

Is muddled and retrograde. It’s bad for the financially vulnerable partner (historically the woman) and for children. Marriage law has come a long way since 16th century Europe, when men controlled all the property in a marriage and held the legal right to make all the decisions.

Only over the past century have state-issued marriage certificates become a kind of insurance policy for families against the vagaries of circumstance and individual desire… Today, the marriage license conveys benefits—Social Security, pension payouts, health insurance, inheritance—from one partner to the other…

In a country where marriage is declining and those who do marry are increasingly well- educated and well-to-do (a condition bemoaned by conservatives and liberals alike), it is a poor form of social protest to decline to administer legal marriages. Everybody needs these protections; a promise to God will not make a deadbeat parent pay child support.

I find her concerns compelling. We can’t give up on the larger cultural debates about legal sanctions regarding marriage arrangements.

The second issue is closely related, and it has to be discussed, even though many who advocate for same-sex marriage want to rule the subject out of bounds. What about “plural marriage”? Once some of us are asked to grant the right to define “marriage” in ways we find to be disagreeable, what will keep the discussion from going on to even more disagreeable arrangements? In some European settings, there is already pressure to sanction three-party same-sex relationships as marriages. And in our own country, plural marriage is still a highly controversial phenomenon. If some of us are being asked to approve of the rights of same-sex couples to marry simply on the grounds that such arrangements are grounded in sincerely held worldviews, what other sincerely held worldviews will be granted the same status?

Note that in none of this have I argued that our culture ought to be guided by what the Bible teaches about marriage. I know better than to impose my sincerely held Christian convictions on the larger culture. The questions here have to do with important concerns for the common good. They deserve careful discussion by all parties to the present debates. 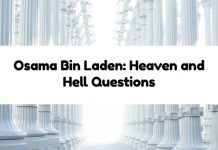 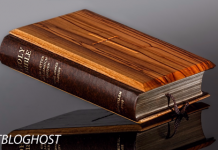 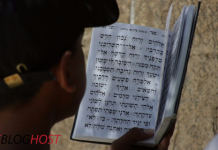 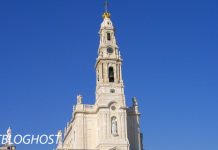