This piece originally appeared at purposedriven.com

At a recent gathering of theological educators, I heard a series of three talks on “Money, Sex and Power.” All three presentations were excellent, but it struck me: money is the topic we pay the least attention to in our seminary programs. In the evangelical world where I spend most of my time, we certainly spend a lot of time talking about sex. We argue about it in our denominations and we preach about sexual patterns in our society. We have also become more sensitive to power topics: in recent decades we have become adept at organizing “moral majorities” and “Christian coalitions” to exercise political clout in the public arena.

Money, however, is not a favorite topic. Studies have shown that pastors do not like preaching about financial matters. Nor have they been encouraged to take these issues on by their theological mentors.

There are some obvious reasons for this. Seminary students spend their graduate school years hanging around with people who do not have much money. When they enter ministry they are often still struggling in their own lives to catch up financially, and they do not feel very confident talking about money to their parishioners. And often they come into their ministries after several years in an academic setting where simple-minded comments about “rich capitalists” occur much too frequently.

As a result, preaching about money is often been limited to the periodic sermon about the need to support church programs—so that church members come away with the impression that as long as they make their church pledges they have done their duty as good stewards.

So it is, that during this desperate time people are asking those of us who represent the church, “Where is your God in all of this? Why are you not telling us more about how we can make it through this economic storm? Isn’t it your job to speak truths about the basic issues of life?”

We need to hear these complaints. Thirty years ago, I heard a pastor preach about Jonah. Here we have a prophet of the God of Israel on a ship that has run into a dangerous storm. The prophet is having an intense religious discussion with the vessel’s crew of pagan sailors. We would expect, the preacher said, that the prophet is speaking the truth to folks who are religiously confused. But in this case, the sailors have the best of the argument. They tell the prophet, correctly, that he is being disobedient to the will of God. The preacher’s punchline: sometimes the world preaches important messages to the church.

I’ve been thinking about that punchline as the economic situation has gone from bad to worse in recent months. It isn’t just that churches are not saying enough about the present economic crisis. We have shied away from posing the basic questions about finances in general. Getting Christians to talk to each other about their spending priorities, the things they buy and sell, their attitudes toward possessions, what the Bible says about “the love of money”—in too many churches these have been the taboo topics.

A young Christian business leader told me recently that he and his friends—Christian and non-Christian—are realizing that they had gotten accustomed to putting their trust in progress and growth. They had learned to love luxury. Now all of this was coming apart, and they are being forced to think about what really gives meaning and purpose to their lives.

Those of us who are theologically trained may not be experts on economic systems and personal financial management, but we do know some important things about the underlying issues. The myth of inevitable progress is just that—a myth, and a dangerous one at that. Economic strength can be a false god; we must not give it our ultimate allegiance. Greed destroys souls. The quest for luxury cannot satisfy the deepest longings of the human spirit.

The Jonah story points to a good outcome for the church today. The prophet admitted that he’d abdicated his prophetic role and led the ship into angry waters. We should confess that we are not as prepared as we should be to offer guidance in the “money” dimension of life.

Our failure to speak at length about these matters during our long, past season of prosperity has contributed to the deep distress triggered by this present crisis. The recognition of our shortcomings, though, can be the occasion for an opportunity to new obedience. When people ask us, “Where is your God in all of this mess?” we are given a precious moment to speak words of comfort and guidance to a world that is looking for a place of true safety in the midst of the storm. We should be ready. 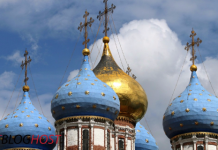 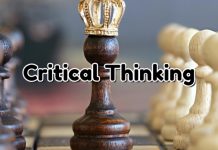 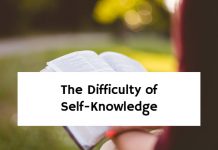