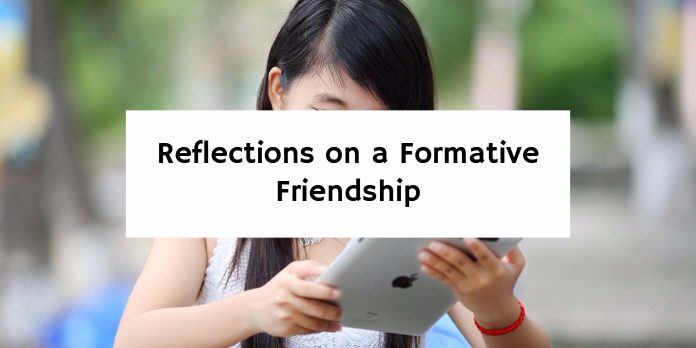 A wonderful little book has just been published. The title is not likely to propel it onto the best-seller lists: Faith in the World: Mark Gibbs and Vesper Society, Being God’s Lively People, co-authored by Nelvin Vos, Daniel Pryfogle, and Melvin George, and published as a Vesper Society Imprint. Doing the book was a labor of love for Mark Gibbs, a name not very recognizable today, but a person who had a profound impact on many people, including me. I want to explain the why and how of that personal impact.

Our family spent the 1975-76 academic year in Princeton, where I had a National Endowment for the Humanities post-doctorate fellowship in Princeton University’s Sociology Department. Early in the fall of ’75, I received a call out of the blue from Mark Gibbs. It was a very strange conversation, with him addressing me in a rather curt, lecturing manner. It went something like this:  “You don’t know me, but I know about you. You probably don’t realize exactly what you are doing, but what you have written about the need for evangelical Christians to be actively involved in politics in service to Christ is really all about the ministry of the laity in the world.” Then he told me—not asked me, but told me—that I would be speaking at a conference in Dallas on the subject. To prepare for that conference, he said, I must read Hendrik Kraemer’s Theology of the Laity. And Mark would soon be coming to Princeton to tell me more.

Well, that was the beginning. He did come to Princeton, and I did speak at Dallas University, at “The Laity: a New Direction.” I was initiated there into a group of people who met regularly at various places around the country to strategize about promoting the cause of the laity: folks like James McCord, president of Princeton Seminary; Howard Blake, a retired Presbyterian pastor; Cynthia Wedel, of the World Council of Churches; Father Joseph Gremillion, of Notre Dame, Bill Diehl, president of Bethlehem Steel; and others.

Most important, though, was that Mark became a dear friend. A rather strange friend, to be sure. He was never very warm—until near the end, which I will describe soon. He was always schoolmarmish with me: “You will do this . . . you will read this.” The relationship shaped me in signficant ways. Reading Kraemer was a major theological event for me, as was the reading of a book Mark co-authored, God’s Frozen People. And I became a part of a movement, comprised in a special way by the friends-of-Gibbs, that gave direction to a lot of what I have done theologically.

Mark was, in my mind, a saint—an itinerant Franscisan-type lay friar, whose mission in life was driven by a passionate commitment to upgrading the status of the laity in the theological understanding of the church. An Anglican layman from the UK, he was an ecumenist of a special sort, and he saw me as a key link to evangelicalism. While he often derided my Dutch Calvinism, he was genuinely interested in bringing my kind of Kuyperianism into the mix. His overall strategy seemed to be to bring together various strands—post-Vatican II “Apostolate of the Laity” theology that drew on the writings of Yves Congar, the best of Lutheran vocation theology, the theological instincts that gave shape to so many vocation-specific laity groups in evangelicalism (Christian Nurses Fellowship, Christian Legal Society, Fellowship of Christian Athletes, etc.), Anglican insights about the meaning of baptism—into a rich interaction that could provide a broad-based movement to promote the cause of the laity as God’s people in the world.

The gatherings around the country were interesting. A group of us, maybe 10 or 12, would show up in some retreat center and report on what was happening in the cause of the laity. We would often read something in preparation for theological discussion. Mark always acted kind of crotchety at these events, but we all had become very affectionate toward him. Once we were at a Catholic center where another group was having a silent weekend, and their only mode of communication was to use Tinker Toys to express themselves. He was horrified. Another time, one of the denominational leaders in our group suggested an exercise where we would begin our time together answering two questions: Where would I rather be than at this meeting? And what is my worst worry about our project? People got into it, but when it was Mark’s turn, he answered the questions this way: “Where would I rather be? It is none of your d*** business! What is my worst worry? That we will have to do more of this nonsense!”

When I moved to Fuller in 1985, Mark was upset with me. He felt strongly that my teaching at Calvin College was in essence an important exercise in the education of the laity for ministry. For me to move to a seminary was, for him, my running the risk of joining the enemy. We had good arguments about this.

A few months before he died, he came to visit me in Pasadena. I had not seen him for a while, and I was shocked at how frail he was. We spent several hours together in my office, and then at lunch. While he was very weak, he was still his schoolmarmish self. Until he was ready to leave. Then he thanked me for my friendship, and told me this was probably the last time we would see each other. “There is no need to be emotional about it,” he said. But then he began to cry. “I have told you it was a mistake to come here to Fuller,” he said. “But it does not have to be. You can promote the cause here, and it can have a big impact. Promise me you will stay faithful.” I did, and I moved to give him a hug, but he turned and left.

The book tells the story of his profound mission, as well as providing a narrative about a fine Lutheran-based organization, the Vesper Society, which supported much of Mark’s work. It also includes two excellent essays by Mark. This little volume preserves memories that should not be lost, about a cause that needs to be revived!