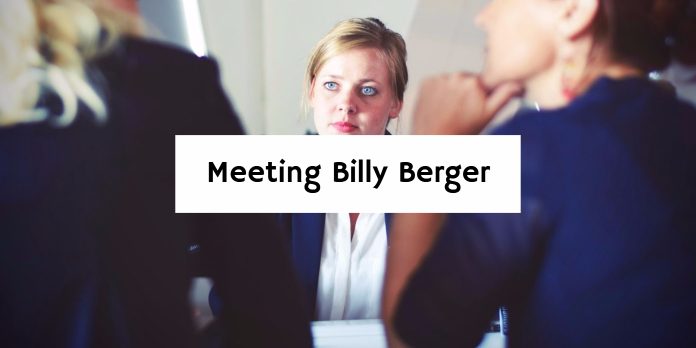 I resented Billy Berger (I’m changing his name here) for four decades. Sometimes, in the earliest years, the resentment felt like it approached outright despising. At the root of it, though, was envy.

Like me, Billy Berger was a preacher’s kid. In fact, our fathers served as pastors of the same congregation—with Billy’s dad serving first.  Billy was the same age as I, which meant that all the neighborhood kids, and just about everyone in my seventh and eighth grade classes at the local public school, knew Billy.

And they praised him a lot. So much so, that sometimes it really hurt. Betty Boyd (also not her real name) was a case in point. She liked to sketch plans for houses, and I had a bit of a crush on her. So she deeply wounded me when one day she proudly showed me a drawing and said: “This is the house that Billy Berger and I will live in when we are married.”

And then there was the time that Billy came back to town with his parents for a visit. It was summer, and we were on vacation when they visited. When I returned home, there was much talk about how wonderful it was to have seen Billy again. One young man whom I considered a good friend even told me that all the kids liked Billy Berger better than me. I cried myself to sleep that night.

Several years ago, I preached at a church in the Midwest. After the service I stood greeting parishioners at the door, and I saw one man, about my age, hanging back, waiting for the chance to speak with me when the others had passed.

When the time came, he thanked me for my sermon, and then went on, haltingly. “You have no reason to know who I am, but I’ve known about you for a long time. My name is Billy Berger, and my dad served at (——) Church before your dad. We knew all of the same kids in school.” I started to tell him that I did indeed know who he was, but he waved me off. “I have to confess something to you,” he said. “I have resented you for a long time. Once we went back to visit, and all my old friends told me how wonderful you were. Someone even said that Betty Boyd had a crush on you.” And then, some tears. “I’m glad I came to church today. It seems dumb to say it, but I feel like a burden has been lifted.”

The tears came to me too, and I told him that I too needed some burden-lifting. It was not a long conversation, but an important one. We hugged and he went on his way.

I’m not sure exactly what the spiritual lesson was in all of that. But that there was one, I have no doubt.