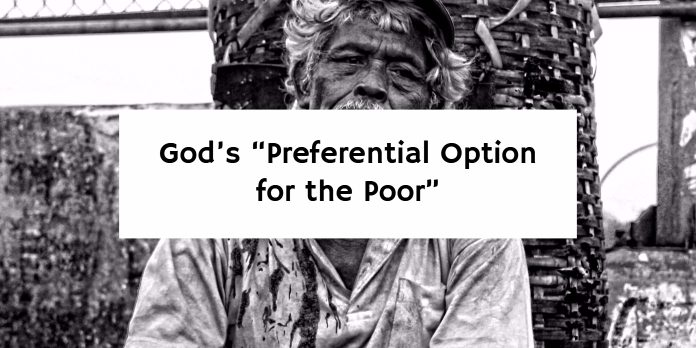 Occasionally I come across fellow evangelicals distancing themselves from the notion of a “preferential option for the poor.” This has been happening recently in the debates over the proposed adoption of the Belhar Confession by Reformed and Presbyterian denominations in North America. Belhar, the argument goes,  espouses the “preferential option,” particularly in its affirmation “that God, in a world full of injustice and enmity, is in a special way the God of the destitute, the poor and the wronged.”

It just so happens that I had been reading the great Dutch Calvinist statesman Abraham Kuyper on the same day that I came across a contemporary Calvinist theologian faulting Belhar for its “liberation theology” emphasis on God’s concern for the poor. In a powerful address that Kuyper gave to a Christian Social Congress in 1891 (published as a little book, Christianity and the Class Struggle), Kuyper warns that “you do not honor God’s Word if … you ever forget how both Christ, and also just as such His apostles after Him and the prophets before Him, invariably took sides against those who were powerful and living in luxury, and for the suffering and oppressed.”

To be sure, Kuyper insists, we must also affirm a solidarity within the Christian community between poor and rich. “In every Lord’s Prayer,” he says, “the poor prays for the rich that God may give him his bread for that day, and the rich prays it for the poor. Nowhere in this prayer is there a my or an I; but always we and us.” For all of that solidarity, though, Kuyper observes that when the Bible “corrects the poor [it] does so much more tenderly and gently; and in contrast, when it call[s] the rich to account [it] uses much harsher words.”

Kuyper was no friend of socialism. But he does observe with reference to James 5:1-4, that “[i]f words as strong as these were not found in the Bible, and if anyone should dare pen them now on his own initiative, people would brand him a crypto-socialist.”

All of that seems to me to be exactly right; indeed it is profoundly biblical. And it certainly comes across as affirming something very much like a “preferential option for the poor.” Let the debate over Belhar be waged on legitimate theological grounds.