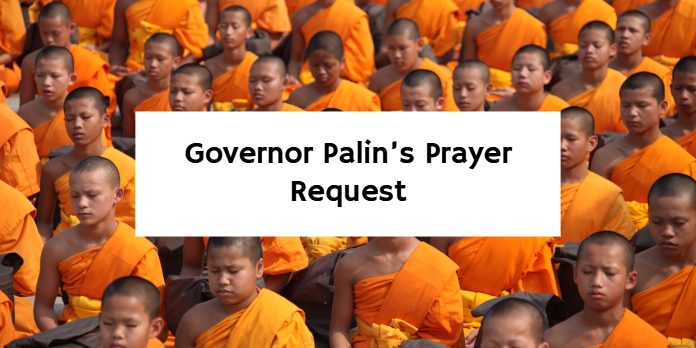 I’m not going to jump into the fray about Senator McCain’s choice of a vice presidential running mate. But I am concerned about at least some of the flak she is taking for her religious views. This is not the first time we have seen the hypocrisy that characterizes the treatment of believers who speak out about issues of public life. I remember talking with a reporter who was trying to get me to say that the leaders of the Religious Right should not quote the Bible in defending their views on public policy. When I asked him whether he also thought that Martin Luther King should not have quoted Isaiah in calling for racial justice, there was a long silence, and then he said, “That was different.” When I pushed him to explain the difference, he suddenly had to move on to another interview. The most blatant example was when Senator John Kerry, who had appreciated what the pope had to say when he criticized American military efforts, responded to the same pope’s criticism of gay marriage by observing that the failed to understand “the separation of church and state.”

The September 24 issue of The New Republic has a one-page piece entitled “The Case Against Sarah Palin.” It consists of nothing but comments that she herself has made in various public settings. The clear implication is that all one needs to do in order to declare her unfit for national leadership is to read her own words on a number of different subjects. Here is one of those comments quoted without comment by The New Republic, from a talk that the Governor gave at the Wasilla Assembly of God Church on June 8 of this year:

Pray for our military men and women who are striving to do what is right. Also, for this country, that our leaders, our national leaders, are sending [American soldiers] out on a task that is from God. That’s what we have to make sure that we’re praying for, that there is a plan and that that is God’s plan.

I do appreciate the fact that The New Republic actually offers us this expanded comment. I have read other reports about the same talk where she has simply been quoted as saying that Christians should pray for our military in Iraq because they are serving “God’s plan.” If that is what she had said, I would have quickly joined her critics. I publicly opposed the invasion of before it was launched, and I have never modified my view that the whole thing was a huge mistake.

Having said that, though, I do not find much fault with the Governor’s prayer request as embodied in this paragraph. I too can pray that our leaders are sending our troops on “a task that is from God.” And I agree with her that instead of telling God what he ought to think about American policies, “we have to make sure we’re praying… that there is a plan and that that is God’s plan.” I would hate to think that, in addition to having made the mistake of going into, we also have gone in without any clear plan. And even more important, I certainly would pray that somehow God will take the mess we have gotten ourselves in and make it serve his overall purposes in the world.

The fact is that on this particular point she is being ridiculed for expressing beliefs that many of us share as Christians, wherever we might be on the political spectrum. Suppose, for example, that Senator Obama were speaking to a United Church of Christ congregation and said something like this:

I think we ought to send an army of medical and social workers to the African continent to work diligently in serving the needs of HIV/AIDs victims. And we should pray for these folks and for the national leaders who send them there, that in striving to do what is right that they will be performing a task from God. That’s what we have to make sure that we’re praying for, that there is a plan, and that that is God’s plan.

I would find no fault with this. Nor would many of the others, I suspect, who are criticizing Governor Palin for asking people to pray that what we are doing militarily would be a means of furthering God’s plan for humankind. Christian politicians should not be faulted for speaking to their fellow Christians in church settings about the need to seek God’s will for public policy. Jimmy Carter did that all the time in his Sunday school classes, as he explained to his Christian congregants how his public policy efforts drew on his Christian convictions. The real question is whether a leader has made the right connections theologically. We Christians can and should challenge each other on those matters. But we ought not to criticize a fellow Christian—or put up with it when others lodge those criticisms—simply for trying to make the connections, especially when they also urge people to pray that God’s will be done.